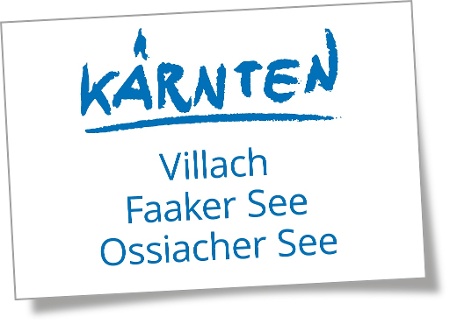 With a valid Erlebnis CARD your can use the bus for free!

The path becomes wet and slippery shortly before you cross the stream.

The starting point is the Spittal Train Station- you will find the first sign for the “Draurad-Weg” (Drau bike path) east of the train station.  Follow “Bismarckstrasse,” then take a left on “Ortenburgstrasse,” then a right onto “Jahnstrasse.”  Ride on the bridge to cross the Lieser and ride to the right along “Hösslgasse” (this is a one-way street), cross the train tracks and take a left.  The route goes further on “Südbahnstrasse” until “Tangerner Weg.” At this point you leave Spittal and begin a pleasant ride towards St. Peter.  Shortly before hitting St. Peter, you have to make a quick right and left turn to stay on the path.  In doing this you will bike under the highway.  After this you take a left to Molzbichl, over the railroad and under the main road.  After the highway underpass you bike along the highway for a short stretch.  After about 3 kilometers you change the side of the river you bike on and bike directly next to the river.  After about 700 meters you go under the bridge of “Mauthbrücken,” then follow the dam until reaching Paternion.

Shortly before the Drau Bridge near Fiestritz, the “Dammweg“ (dam path) curves to the right, the curves back to the riverbank. You then ride over a small bridge behind the underpass, past a lumberyard.  After crossing the stream, make sure to stay left/straight until getting to “Hauptstrasse” (Main Street).  The route now goes downstream until Pobersbach.

The Drau now begins to significantly widen.  The route follows its meandering path to the dam crest where you will have reached Kellerberg.

After crossing the bridge to the right bank of the Drau, follow the path of the river for a while.  The mouths of smaller streams become more noticeable on this part of the journey.  After about 4 kilometers you will reach the Drau Bridge near Töplitsch, where you have to cross over to the left bank of the Drau.

Töplitsch is on the right side of the Drau, however you continue to follow the bike path along its course on the other side.  Keep left and follow the loop under the bridge, and you will already be to the bank.  After the gorge, the hills become flatter and the valley opens up.  Bike past the marble mill in Gersheim and you will eventually get to “Kraftwerk Fellach” (Fellach Power Plant).

Now you can choose which side of the river you prefer to bike on for the ride to the center of Villach.  Both bike paths are paved and follow the course of the Drau.  If you are feeling indecisive, there is a bridge hallway where you can switch sides!

After a short detour in Villach’s city center, the route follows the Drau further to the red “Friedensbrücke” (Peace Bridge).  From there you take side streets to Landskron and to the western shores of the Ossiacher See (Lake Ossiach).  From there you can either ride on the southern shore further to Heiligengestade, Ostriach and Ossiach, or on the northern shore to Annenheim, Sattendorf, St. Urban, Bodensdorf, Steindorf and Tiffen.

Take the bus to the "Tierpark" stop.