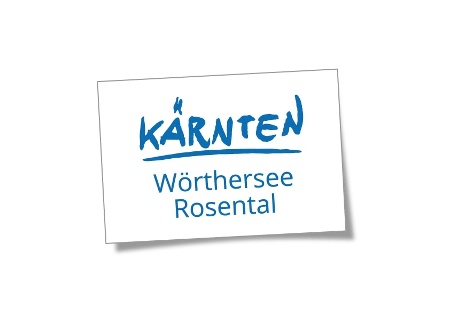 Starting at the tourist information office on the Werzerpromenade, the path leads to the Villi Cinema on Monte-Carlo-Platz. This is where Pörtschach's development as a film and cult location began.

The tour continues to Leonstain Castle. Through the magnificent gate guarded by the heraldic lion you enter today's stylishly renovated 4-star hotel. See the fountain, the Renaissance lion and the Johannes Brahms bust in the inner courtyard of the 500-year-old castle and enjoy a feast in the award-winning restaurant.

After a short climb, you will reach the High Gloriette. Feel the medieval history of Pörtschach here, as the Seeburg, built in 980, was located on this very spot. Surrounded by the sounds of Johannes Brahms' works, enjoy the magnificent view of Lake Wörthersee and the Karawanken.

Not far from the Hohe Gloriette stands the Leonstein castle ruins. It is not a spelling mistake, but a mystery that has not been solved to this day that distinguishes Leonstain Castle from Leonstein Ruin. The legendary ruin has an eventful past, was destroyed by fire and is now looked after by the Pörtschach Castle and Museum Association.

Passing the Niedere Gloriette, we return to the village to Villa Venezia. The villa, built by Josef Victor Fuchs, is a wonderful example of Wörthersee architecture. From traditional Heimat style, combined with English country house architecture and influenced by Renaissance elements, magnificent villas were built on Lake Wörthersee towards the end of the 19th century.

Visit the villas Wörth, Seehort, Miralago and Seefried and immerse yourself in the charm of the glorious era when Lake Wörthersee became known as a recreational paradise.

Continue to the peninsula, one of the most beautiful spots on Lake Wörthersee, and to the bronze bust of Ernst Wahliß, to whom a monument has been created here as a pioneer of tourism on Lake Wörthersee. Towards the end of the 19th century he built the largest hotel empire in the Austro-Hungarian Empire and was instrumental in establishing Pörtschach and Velden as tourist centres.

The next stop is the Parkhotel Pörtschach. It impresses with its ship shape, its imposing dimensions and above all its location. From every room there is an outstanding view of the lake panorama.

The Slow Trail-Brahmsweg now leads you to the monument of the great "song prince", singer and composer Thomas Koschat. Koschat, who was born in Viktring in 1845, shaped the singing tradition of Carinthia and established the Carinthian song in several choirs he founded. The best-known works of the artist, who travelled throughout Europe, were written in his homeland.

On the A2 or B83 to Pörtschach

Numerous parking facilities in town (e.g. at the railway station)

Book recommendation by the author

The most beautiful hikes and mountain tours