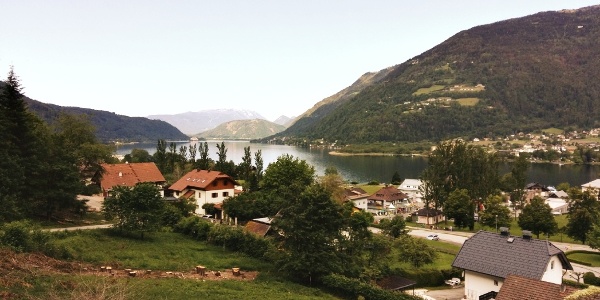 After a short break we follow the dirt road east to a small farm and the Tauern church situated on an idyllic plateau. From there it is only a short way to the workshop of Jean Luc Lenoble, who has a small showroom, where you can buy products and toys made of wood.

The road leads to the L47 Ossiacher Tauern country road and there you have to take a sharp turn to the right towards Köstenberg. After a short climb to the Alpine Tauerneck, follow the paved roads to Köstenberg, via Wurzen and Oberjeserz.

Here we recommend a short detour to the quiet and small lake Saissersee, before cycling via Kranzelhofen to the tourist information in Velden.

The track is sufficiently signposted, also in the reverse direction, and easy to find! Alternatively you cycle back via the R1, Drauradweg and R2 and R2A to Lake Ossiach.

In the immediate vicinity of the tourist information in Ossiach is a bus stop is at the "Gasthaus Post" and in Velden in the Villacherstrasse near 'Gasthaus Marietta " .

Ossiach can be reach best by exiting the A10 motorway at the exit "Ossiacher See". From there you have to follow the Ossiacher See Süduferstraße to Ossiach

There are enough parking spaces available at the tourist information in Ossiach.
Arrival by train, car, foot or bike

You have a question concerning this content? Here is the right place to ask it.

Be the first to review and help others.